Patterns one could order from the 1932 Needlecraft magazine, February issue. 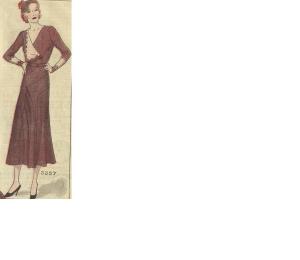 All patterns were 15 cents. 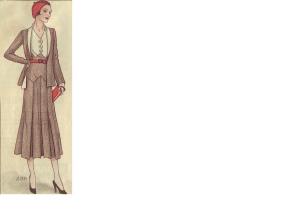 The Latest Fashion Book could be ordered for 10 cents, postpaid.

I’m not an accomplished seamstress (to say the least) but to me, these don’t look easy to sew.

My mother was not only accomplished at sewing, she learned the hard way.

She was 18 years old in 1932 and her parents bought her 2 new dresses each year. She sewed the rest of her wardrobe and told me that she also sewed her mother’s dresses.

This was done on a treadle sewing machine since she never lived in a house with electricity (or running water) until she moved away from home in 1937. In fact, all those clothes were scrubbed on a washboard with water drawn from the cistern, then heated (usually in an iron pot over an outdoor fire). The clothes were then hung out to dry and pressed with an iron which had been heated on the wood stove.

A far cry from our modern wash and wear cheap clothes. Clothing was a real investment in time and effort. The fabric was thicker and substantially made. It wore well and long. 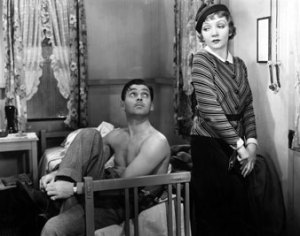 Some of the clothing above in the pictures from the magazine remind me of the suit that Claudette Colbert wore on her journey with Clark Gable in “It Happened One Night”. Very nice outfit. Tasteful and practical for traveling.

(In fact, up until about 1970, there were clothes that were designed especially for traveling.)

I heartily encourage you to watch Frank Capra’s “It Happened One Night”, (1934).

It is an absolute joy to watch.