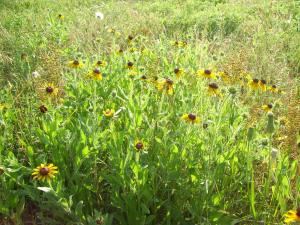 From the Merriam-Webster Online Dictionary:

1 a : the quality or state of being changeable : mutability b : natural change or mutation visible in nature or in human affairs
2 a : a favorable or unfavorable event or situation that occurs by chance : a fluctuation of state or condition b : a difficulty or hardship attendant on a way of life, a career, or a course of action and usually beyond one’s control c : alternating change : succession

Several weeks ago, I posted that I had pneumonia, “or something”. Apparently it isn’t pneumonia.

The chest x-ray looked bad. The chest ct scan showed a mass. The bronchoscopy was futile and the biopsy inconclusive.

Thursday I have surgery. There are probabilities with all kinds of caveats, but no diagnosis until afterwards. The surgeon said to expect to be in the hospital about a week.

There are several risk factors for lung tumors, of which I have none. That’s a good thing. Never smoked, never worked around chemicals, etc.

My husband has a couple of weeks of vacation saved up, which is wonderful. And his company will allow him to work from home when he needs to.

I guess we’re kind of a couple of funny ducks. He wants to be alone during the surgery; and I want us to be alone when I come home.

After both of our sons were born, I wanted it to be just him and me and our sons in the house. I was afraid it would hurt my mother’s feelings (it didn’t). I’ve always been very private about pain and modesty and things. Since I was a very little girl.

It would actually be distressing for me to not be alone with Joe. So, I’ve asked family and friends to please be understanding. I can recuperate more quickly if I can limit interaction.

Wi-fi is available in the hospital, but I doubt very much that I’ll be using it for a few days. I’m trying to get a few posts into my draft folder. Most of them won’t be serious things, just some fun stuff.

I could use a little fun and I think most of us could.

Filed under Vicissitudes of Life