According to Merriam-Webster, Indian Summer is “a period of warm or mild weather in late autumn or early winter”.

Is there a term for early seasons?  Here in North Texas, we have a lot of early springs (usually February), early summers (beginning in May), late summers (100+ temperatures lasting into early September) and mild winters with just a sprinkling of bad weather and temperatures below 20 degrees F. 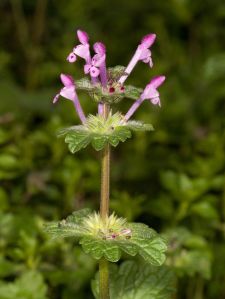 The Hen Bit and dandelions are in bloom, there was a robin in our yard last week and today we have the air conditioner on.

Tagged as It Might As Well Be Spring, Robins, Rodgers and Hammerstein, Springtime, Texas wildflowers

What a relief in Texas. August is behind us and we have hopes of cooler weather before long.

Filed under Autumn, Music, Seasons of the Year, Texas

Praise God from Whom All Blessings Flow

Praise God from whom all blessings flow;

Praise him all creatures here below;

Praise him above, ye heav’nly host;

Tagged as Doxology, Hymns, Praise God from Whom All Blessings Flow, Thankfulness

While Shepherds Watched Their Flocks 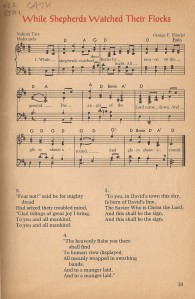 The handwritten notes in the upper corner are Joe’s, probably organ settings from a long ago Christmas program at church.
(Click to enlarge and make the image clearer.)

[Page taken from A Wreath of Carols, 47 Christmas Songs Selected and Edited by Betty M. Own and Mary E. Macewen, Piano arrangements and guitar chords by Carla Bley and Mike Mantler, Illustrated by Paul Granger; published by Scholastic Book Serivces, 1966] 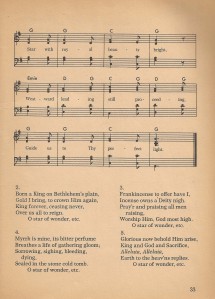 [Illustration of the kings is from An Old Fashioned Keepbook, published by Tree Communications, 1981]
[Piano music is from A Wreath of Carols, Scholastic Book Services, 1966]

A Wreath of Carols was one of the books I selected in 7th grade when our English teacher, Mrs. Sappington, took orders for the Scholastic Book Service. Seems I’ve had a weakness for books (like some women have for shoes or purses) for quite a long time because I can remember narrowing down my choices to only 4 or 5 each month when we were given the new flyers.

Joe and I have literally worn the covers off of this book. It’s one of Joe’s favorite Christmas carol collections. He said the arrangements are simple but nice and good for singing as well as playing.

[“A Wreath of Carols”, 47 Christmas Songs selected and edited by Betty M. Own and Mary E. Macewen. Published in 1966 by Scholastic Book Services.] 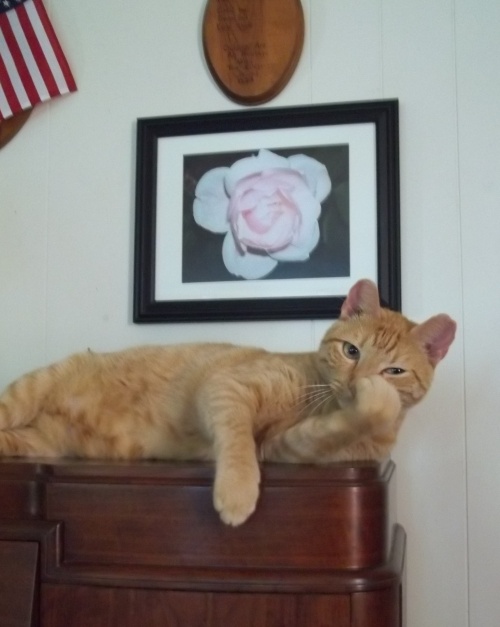 Up until recently, Benjamin Franklin would jump up on top of the piano whenever Joe sat down to play.

Cats are like that…just when one thinks that “he always does that”, then he doesn’t.

So we were surprised a couple of nights ago when he reclaimed his balcony seat.

Joe’s been playing a lot of show tunes and this time he was using his Heavenly Highways hymnal (old southern gospel).

Discriminating taste our cat has.

Guess Who I Saw at the Grocery Store?

Hulda, Grace and Sophia Quebe (photo from their website)

On Sunday afternoon, Joe and I ran in Central Market to pick up a few things for a cookout at our son’s. It’s always (always) crowded in there and as I was threading in and out of customers in the produce department, I noticed a young woman and her mother (I think).

The first thing I noticed was that they looked like they’d just come from church, which is a little unusual for C.M. customers. Usually they look like they’ve just left the country club or the museum or something highbrow, so it was really nice to see ladies in church clothes. (Yes, yes. I know. I came of age in the early 70s and I know you can go to church in something other than dress clothes. But the older I get, the more traditional I get and the more I understand my mother.)

Very quickly after noticing their clothes (and remember this is only seeing them from behind), I noticed the younger woman’s hair. It was really beautiful. Probably long, and put up, but not an up-do. Kind of a roll or something but it was very unusual.

Then I hurried on to the fish counter to get a piece of salmon cut. As I was turning to put it into my basket, I looked up and saw the mother and daughter again – and I recognized her!

She smiled very sweetly and said “Yes”. Her mother smiled, too. If I had a daughter like her, I’d be grinning from ear to ear.

So, then I acted like a typical starstruck fan and gushed and told her how much we enjoyed their music and watched them on youtube, etc.

And I told her that their version of that Ray Charles song (the title having slipped my mind) was my favorite version. She said “Georgia On My Mind”. Yes! Of course.

Who are the Quebes? Go here for their website (and a link to their performance schedule).

They are a fantastic sister trio who play fiddles and sing. We first learned of them from an article in the Texas Power Co-op magazine.

She told me that they’re playing at the Levitt Auditorium in Arlington (Texas) next Saturday night – May 28th. It’s an outdoor event and free.

And you know how people sometimes look a little different in person than they do in photos?

Hulda is even prettier in person.

Jigs are folk dances and the accompanying music. Go here for more information

Reels are folk dances; Irish reels are defined by the time (as in 4/4). It’s much more complicated than that and if you want further information, click here.

Go here for The Bells of Shandon.

The Bells of Shandon

carla-at-home
Create a free website or blog at WordPress.com.