A Year Without Television 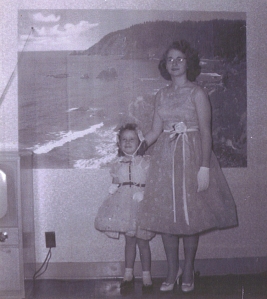 Our first television, me and my sister, about 1959

It’s been a whole year now. Last October I was so fed up with the extremely biased election coverage that I decided to end my lifetime love affair/obsession with TV. 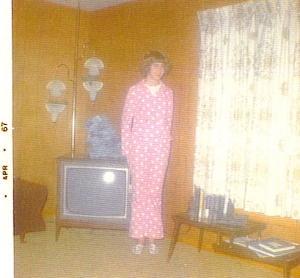 Growing up, I was a walking TV Guide. I could tell you what was on any channel at any time. Of course, we only had 3 channels then.  PBS didn’t count; it was only broadcast part time; besides, NO ONE I knew watched it.

The really old cartoons (from the 1930s and 40s) before school. The 3 Stooges after school. Play outside. My dad came home and watched the news. Eat dinner. Then Ozzie and Harriet or Have Gun Will Travel or Maverick or Wyatt Earp. Gunsmoke was on at 9 o’clock on Saturday night.  Watching Matt Dillion and Chester was a family event, and always accompanied by popcorn and Pepsi. Then my parents watched the news again while we got ready for bed. 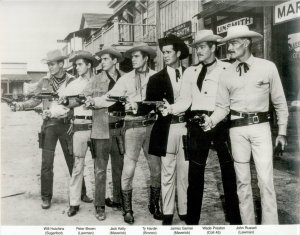 Saturday mornings it was Bugs Bunny, Jonny Quest, Top Cat and Hucklberry Hound.  Saturday afternoon television was a wasteland, and my friends and I played outside.   But if it was rainy or my friends were all gone to visit their grandmothers, if I didn’t have a new Nancy Drew book to read, it was back to TV. The local stations must not have had much in their budget for daytime movies because they rarely showed anything good. I mean, anything that girls wanted to watch. Sometimes there’d be the beloved Ma & Pa Kettle or Abbott & Costello feature, but mostly it was stuff that boys liked. For instance, Tarzan or I Killed Hitler’s Brain or something like that. Then my dad would come home from fishing or hunting (depending on the season) and he had first choice. For him it was always wrestling followed by Porter Wagoner, etc.

If Daddy was off on a business trip or hunting, my mother and I would watch NBC Saturday Night at the Movies.  That was the first time I saw Rebecca and Rear Window.  Once we even watched the Laurence Olivier version of Hamlet.  The Shakespearean dialogue was lost on me, but Mama enjoyed it.

I didn’t watch much on Sundays because my mother and I were 3-services-a-week Baptists and there just wasn’t time, and even if there was, it was all sports.

Sunday was her day off, sort of.  Mama always had dinner in the oven before we left for Sunday School.  When we got back home, all she had to do was heat the vegetables. I honestly don’t know how she did everything – she must’ve been tired all the time.  She took very good care of our family and the house, sewed our clothes, ironed them, cooked from scratch and taught Sunday School. For years we had a washing machine, but no dryer.  Sometimes my sister and I would hang things out on the line for her or bring them in, but truthfully, it was mostly my mother doing it.

After Sunday dinner and the dishes were done,  we went visiting. My dad was the youngest of 7 children, so it was off to one of my aunts & uncles house, or a cousin’s or occasionally to family friends. If we were at my Uncle Johnnie’s, he’d let me watch his watch his black and white set – with a remote control!  He was the only person I knew who had one.  True, it was wired to the tv, and it only had one button, but it was so modern!

Then, it was back to our house and get ready for evening services. After church, we watched What’s My Line and Candid Camera. 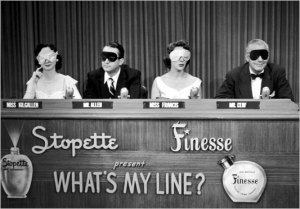 When Joe and I married, he didn’t want to have a television but I insisted. I couldn’t imagine life without it. We just had rabbit ears to get reception and then when we lived very far from Tulsa, the picture could be really bad. In the late 1970s, for a short time we lived in an apartment that provided basic cable at no extra charge (or we wouldn’t have had it.) But even so, we only used it for Star Trek and westerns reruns. 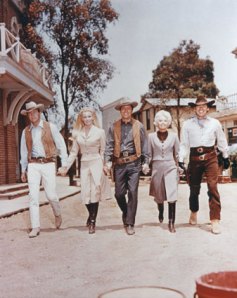 Our older son pleaded with us to get cable in the mid-80’s and we tried it for a short period of time.   And in 2004, that son and his family were living with us and he couldn’t stand it not having “cable” So we had satellite installed but only had it for about a year until he was posted to Ft. Drum and they moved to NY; we sent the equipment with them.

We were watching less and less, but I still wasn’t ready to give it up completely. How could I live without I Love Lucy, Perry Mason, Andy Griffith and especially Leave It To Beaver? Sadly, one of the local UHF stations had already abandoned classic westerns (Rawhide, the Rifleman, etc.) for Spanish programming. So, for years we watched very little in prime time. Mystery on PBS, Antiques Road Show, Foyle’s War and a few others. But programming and ads just got worse and worse.

It took the absolutely outrageous biased election coverage from the American media during the 2008 election for me to quit cold turkey.   That was it. I couldn’t get away from the news coverage because of station break news, etc.  It was always there in my face.  I realized that for my own peace of mind I had to stop.  So we did.  Cold turkey.  We didn’t even unhook the antenna.  We just quit watching. When the signal changed from analog to digital it finalized our decision.   Our set was old and not compatible with the digital platform; we didn’t get the conversion box.

Television is very demanding. Have you ever been somewhere with a program running, that you dislike but you have no power to change it or turn it off (like at a friend’s or in a waiting room)? It takes sheer force of will to not look at it – even when you don’t want to! 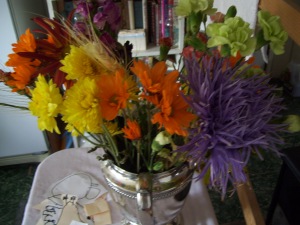 It’s been a lot quieter around here and that’s a good thing. I listen to music a lot more, preferably my husband’s piano playing, but  I have music folders to fit almost any mood, too.

For news I listen to the radio or read it online. I prefer reading news on the internet rather  viewing it on television, anyway. The scope is much broader – Liberty Daily has a huge list of top stories every day.  The Gateway Pundit and Breitbart update several times daily and have mostly quick overviews on what’s happening.  Frontpage Magazine is excellent for more in-depth coverage.

We use the television set for watching DVDs and our old VHS tapes. I read a lot and when we go to the library for books every week, we often check out movies or old television programs to watch. They have a very good selection. There are a few programs that we don’t have or can’t check out, and most of them can be found somewhere online.  My favorite movies are the classics and so many of them are online. Garage sales and thrift stores are good resources for cheap copies.  I honestly don’t feel entertainment deprived.

So, this year has been The Year of Living Peacefully. Not merely quieter; we live out in the country, and it’s very quiet anyway. Our lives are more peaceful. We aren’t worried about filthy commercials in front of our grandchildren. It’s embarrassing that it didn’t occur to me before, but my husband must have felt that I didn’t want him to be playing the piano, because the TV was on so often when he came home from work. Now he plays daily, I read a lot, we play board games, dominoes, cards and Scrabble. We have more time to do what we want, what’s important to us. And thank the Lord, television is no longer very important to me.

This post is linked to Frugal Friday @ Life as Mom.