The most enjoyable parties I’ve ever attended have been tea parties.

Two at the top of the list come to my mind this morning because they were at this time of year. I’ll share one now and later on another one. 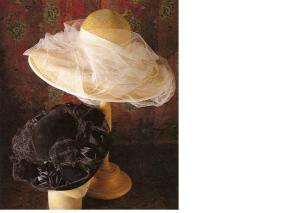 The actual photos from the party are put away somewhere, so we’ll have to make do with illustrations from books and magazines and our imaginations.

In 1995 we were attending Bear Creek Bible Church in Keller. A very kind young woman (who had been our younger son’s 4th grade English teacher) and I were talking at church one day about the holiday let down and we decided to plan an evening tea as something special for the ladies to look forward to during that in-between time of Christmas and New Year’s.

She offered her home and it was a perfect setting for such a party, very Victoria Magazine-like. We carefully planned the menu with traditional English tea time crumpets (which I made from scratch), cakes, fruit, 2 kinds of tea and imported Devonshire cream (bought at The British Emporium in Grapevine).

All the ladies of the church were invited and encouraged to bring their mothers and daughters of all ages (the youngest was less than a year old). We requested that the each bring a favorite teacup and saucer and be prepared to tell us all where and when they acquired it. 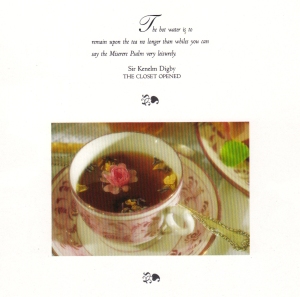 And we asked that they all wear hats. Surprisingly enough in this modern age, they all did.

Paula – one of the nicest members of the church – brought her mother, who was an English war bride. She presented us with a short program about the history of the candy cane and contributed authentic British homemade fruit tarts to our tea table.

Books by Miss Read seemed to fit in with the program, so I did a short book talk on those novels. Classical music from the stereo played quietly in the background.

Gleaming silver, candles and flowers, lace tablecloths, books, old ladies in hats, china tea cups and Mozart – how could a party be better?

We were dressed up, drinking tea and using our best manners. It was a lovely time.

Caption below illustration:
“This plate depicts the wonderful high bonnets and lace caps of the early 1830s. Note the lingerie cap, which used to be worn underneath the hat or bonnet, has been replace by tulle ruffles, flowers, and other interior bonnet trim in several bonnets pictured.”