Evening dress (on the cover) by Pierre Balmain. Printed silk, 1957. 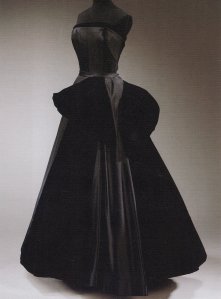 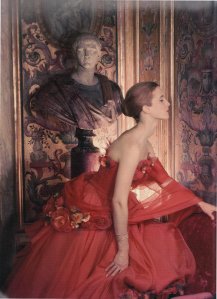 Surprisingly for such a beautiful dress, there’s no more information included in the book, other than the year and the photographer.

All photographs taken from “The Golden Age of Couture: Paris and London 1947 – 1957“, edited by Claire Wilcox.

Second in my series on the Victoria & Albert Museum Couture exhibit at the Frist Center in Nashville. Click here for the first post.