Swimwear for Girls, Teens and Ladies, 1960 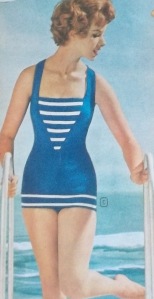 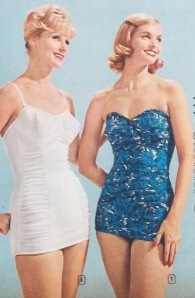 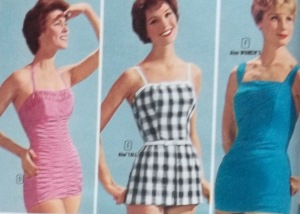 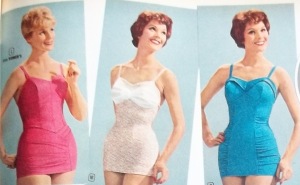 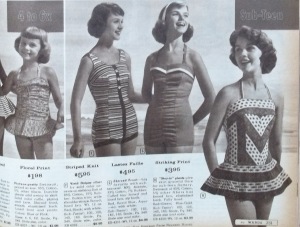 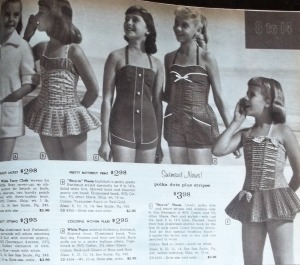 Notice anything unusual, compared to the current selections ~ I mean, apart from how naked they aren’t?

The catalog featured 1 – just one – swimsuit for Teens and 2 full pages for Ladies.

And the group that are called Pre-Teens now were “Sub-Teens”. There are all kinds of jokes to be made from that, but I’ll let it go for now. 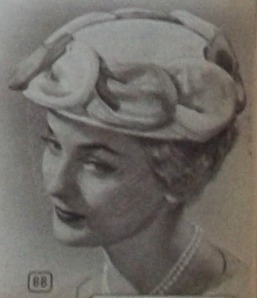 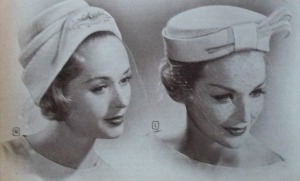 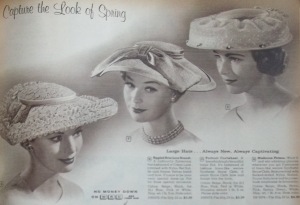 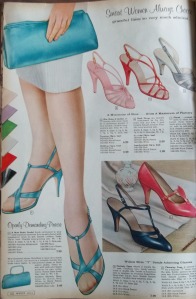 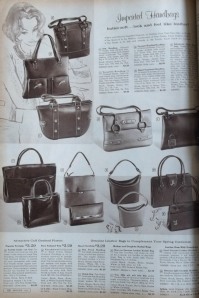 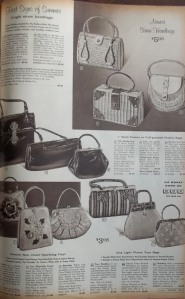 The straw purses on the lower left remind me a lot of Barbie’s purse. 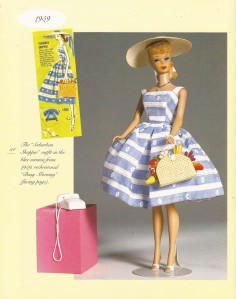 My mother never carried one like that, but some of the ladies at Sheridan Road Baptist Church did, and I thought they were so glamorous.

Polka-dot gloves? I had to look twice to make sure. A girl would’ve had to have been very confident to wear something that outrageous and snazzy. Even though these are 52 years old – they’re new to me.

After having had the measles, it never occurred to me than spots on the hands could be stylish.

Images taken from the Spring/Summer Montgomery Ward Catalog, 1960
and
Barbie – Four Decades of Fashion, Fantasy, and Fun by Marco Tosa 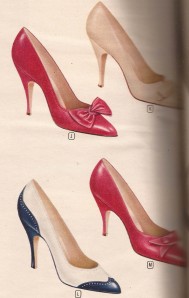 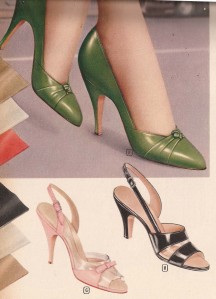 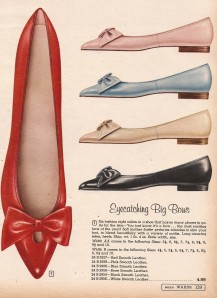 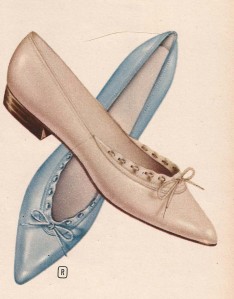 How women in 1960 achieved The Look 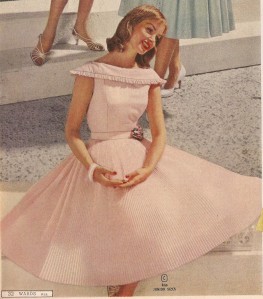 a girl would have to wear one or more of these:

However, it took something a bit more stringent for this look:

One of these was required:

The bouffant look was the easiest to achieve – you just needed a really full half slip. More if you could. These slips were called crinolines or, as we called them in Oklahoma: Can-Cans.

They were sold in tubes and would expand like a rubber dinghy when removed.

One girl could fill a whole seat on the schoolbus if she’d really gone all out. A friend of my sister wore a cancan made by her mother which had used 12 yards of netting.

Slips were a lovely, feminine part of a lady’s wardrobe. Montgomery Ward’s 1960 Spring/Summer catalog featured 10 pages of all sorts of slips: half, full, lacy, utilitarian, and maternity in a wide range of colors.

Years ago I bought a very nice half slip with a wide border of lace, but alas, it became as tattered as a flag left out in the wind.

When I went back to Dillard’s to get a replacement – they had one style. One. And it was ugly.

I’m afraid modern women have been sold a bill of goods (taken for a ride; cheated; swindled) by fashion setters. It’s not easy to find feminine designs.

However, a Lady of the Night no longer needs a speciality store. She can get her work clothes anywhere.

Okay, on to the girdles.

Those slender skirts like Audrey Hepburn wore needed something more than just a slip underneath.

A “foundation garment” was used to slim those hips. Smooth out those bumps. Hold in that tummy.

That same MW catalog had 25 pages of girdles and slimming undergarments. 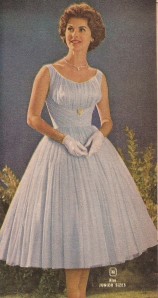 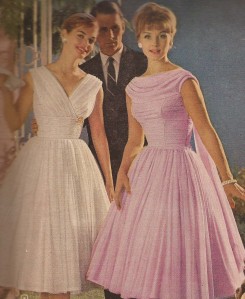 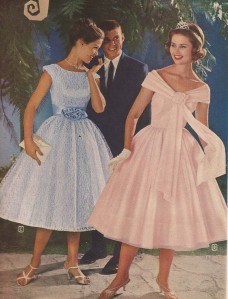 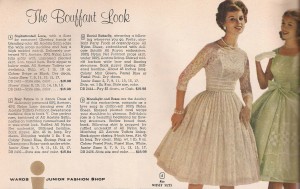 For a timeline perspective, think of Ricky Nelson’s girlfriends on Ozzie and Harriet.

Described as Bouffant, these dresses were towards the end of the New Look style of very full skirts introduced by Christian Dior in 1947.

Thirteen years is really quite a long run for one particular style. In fact, I can’t remember any other style that has been popular as long.

Go here for more specific information, but the list below will provide a brief comparison.

The average house is 20X more costly, but that might not be a fair comparison because houses are bigger and grander (though not better built).

Gasoline is probably a good one to compare; it’s current price is about 13 or 14 times what it was in 1960.

Oh, my. That doesn’t include new shoes, purse, or jewelry.

But aren’t they cute? And so lovely swirling around on the dance floor. 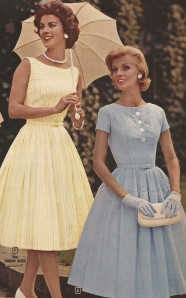 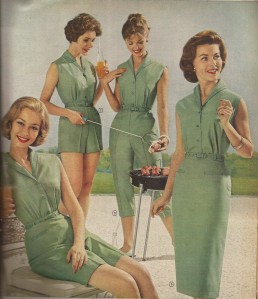 From the 1960 Spring and Summer Montgomery Ward catalog.