Vintage Valentine with a Horse

Though it’s not dated (I’ve never even seen a date on a vintage valentine), this one looks to be from the 1940s or early 50s, judging from the style of the little boy’s shirt. 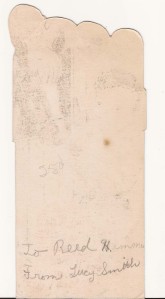 I sincerely hope that Reed and Lucy grew up to have happy and fulfilled lives.

It’s a totally different kind of book than I’d ever seen before. Not just prose. Not merely prose + photographs.

Each chapter has a glassine envelope with reprints ranging from contracts to letters to the program from one of her early shows to greeting cards she sent. And lots, lots more.

Such an interesting format.

And here is the reprint of an early fan letter she received. I think it’s touching that she kept it.

Here’s the lovely lady playing a cigarette girl in the 1950 film “Laughter in Paradise”. 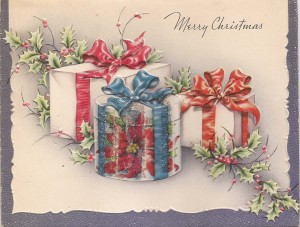 The gift with the blue ribbon is glittered.

This card looks like it’s from the early 1950s. 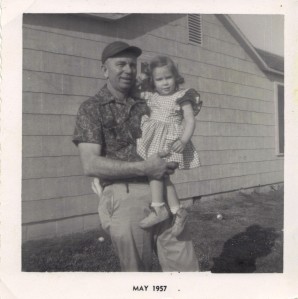 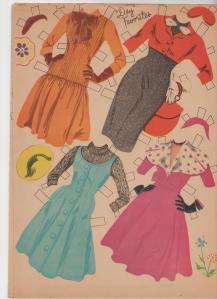 More photos from the Lone Star Antique Mall in Haltom City, Texas (near Ft. Worth).

Just inside the door to the right. I think the code on the tag for this booth says HO.

The dress above, as well as the pale green with the shawl, and the blue one are from Ruby Grace’s booth. Their website has more prom dresses and formals. 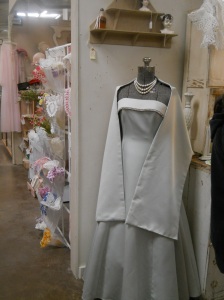 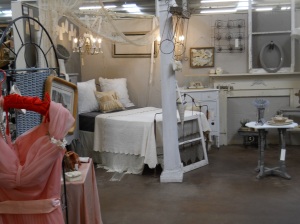 I didn’t get the name or code of this booth, but it’s a bit farther toward the boutique, when leaving Ruby Grace’s.

Oh, that I would fit into one of these lovely dresses … 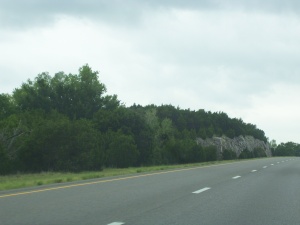 Another New Year’s Day … hopeful thoughts for a better year this time.

Two big events in 2010 were unexpected and unplanned. How do you plan for a lung tumor, surgery and a lonnnggg recovery period? And then there was the issue with our grandchildren last fall. I’m still not over that one.

“What an unhappy man I am! Who will rescue me from this body that is taking me to death? Thanks be to God, who does this through our Lord Jesus Christ!” Romans 7:24

(All from the Good News New Testament)

I’ve tried to leave cynicism behind because it’s unproductive and actually destructive. It’s just not much fun to be around someone who’s cynical or sarcastic.

I don’t know about tomorrow, I just live from day to day;
I don’t borrow from it’s sunshine,
For it’s skies may turn to gray.
I don’t worry o’er the future, For I know what Jesus said;
And today I’ll walk beside Him, For He knows what lies ahead

If Ira Stanphill’s name sounds familiar, maybe it’s because he wrote some of the great songs of our faith, like Mansion Over the Hilltop,
Room at the Cross
and Come Home It’s Suppertime.

Go here to for Alison Krauss’ version on youtube.

Only 2 movies seen at theaters for the whole year.

That seemed a little light (shall we say), so I checked the screenit list for 2010, and believe-it-or-no, that’s it.

Is Hollywood getting the message? I seriously doubt that we’re the only ones that have given up paying for garbage and insulting garbage, at that. Surely the theater owners are getting nervous. High backed rocking seats and cup holders can only go so far. And it’s not even the cost (which is getting ridiculous), it’s the movies themselves.

Then again, here are the movies we watched on video this year. We don’t have cable; in fact, we don’t even have broadcast (you can read about that here if you’re interested). Most of these we own, some were checked out from the library. In fact, this week, I was able to buy Anne of Green Gables: the Sequel , Anne of Green Gables: the Continuing Story, The Sound of Music, Cool Runnings, and Pollyanna at the thrift store (Graceful Buys) in Grapevine, Texas for $1.00. That’s right. 5 vhs tapes for $1.00.

(We do have lots of old television programs on dvd and vhs. I’ll post something about that soon.

Tagged as don't go to the movies anymore, Movie list 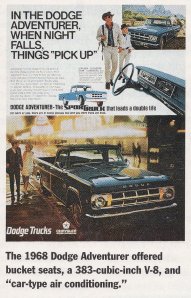 “Civilized in town as a car”

I apologize for the low quality of the pictures when enlarged. Even scanning them at the highest level didn’t help much.

Items from this post are from American Heritage magazine, November 1996.